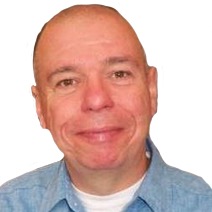 Homewares retailer Dunelm is taking over the former Debenhams store at Flemingate to become the centre’s new anchor operator. It has taken a 10-year lease on the two-storey building and will begin fitting out in the next couple of weeks.

The new store is expected to open just before Christmas, creating some 40 jobs. It will include a coffee shop and a range of departments including curtains to cookshop, Made to Measure and a Decorate & Co-ordinate department, including Dunelm’s range of own brand paints and furniture.

Today’s announcement means Flemingate is almost fully let, having bounced back strongly from the pandemic.

Beverley business T C Patisserie has been shortlisted for two DeliciouslyYorkshire Taste Awards to be announced next month, honouring the county’s food heroes.

T C Patisserie, based in Lairgate, has been nominated for its Florentines in the “best confectionary” category and also for its piccalilli in the “best savoury condiment” category. Another local business, Staal Smokehouse, based in Long Riston, is shortlisted for its beetroot-cured smoked salmon in the “best fish and seafood” category. The winners will be announced on November 10.

Beverley’s East Riding Theatre has revealed its Christmas offering – the world premiere of Frost Hollow Hall, an enchanting historical tale of mystery and discovery written by Emma Carroll and adapted for the stage by the theatre’s artistic director Adrian Rawlins.

Mr Rawlins told Beverley FM he decided Frost Hollow Hall would make a fantastic Christmas production after reading the novel to his daughter. The play opens on December 9 and runs until January 2.

And finally, average house prices increased slightly by 0.8 per cent in the East Riding in August, according to figures. The average was £204,773, according to the Land Registry.

You can find more details on these and other stories on the local news page of our web site at BeverleyFM.com